Adoption is Not Gospel: Part 2 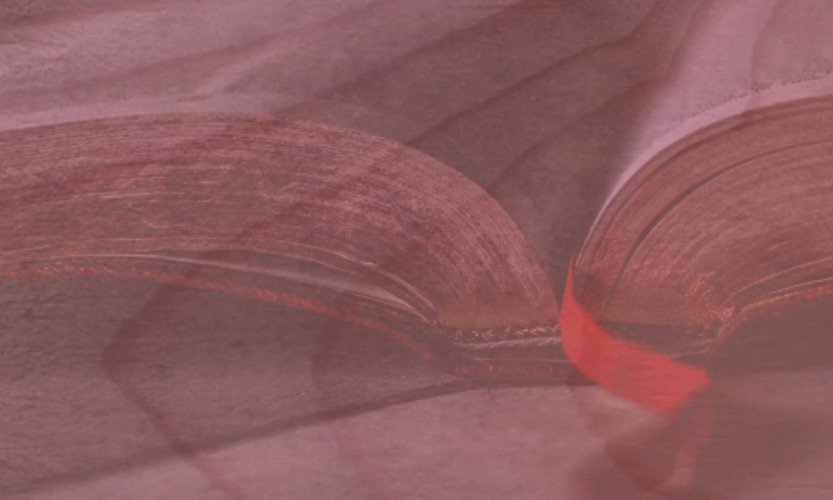 In Part 1, I pointed out a few important differences about the kind of legal adoption Paul had in mind when he used adoption as a metaphor for salvation. Part 2 is about what happens when we confuse Paul’s metaphor with adoption as we know it today.

More things to know about me as you read: I’m a mixed Chinese/German American transracial adoptee. I was adopted at birth to distant relatives of my (white) first mother. I love all my parents.

The painful things I share here are not an indictment of them, but a commitment to the truth of my adoptee experience.

My situation is unique, and I generally think of it positively. I am also a mother of 2 bio kids + 1 through legal guardianship. I am sensitive to the parent experience also. This is the perspective from which I write.

If you’re not familiar with the American Christian (often white and evangelical) depiction of adoption being “the gospel on display”, let me give you the Tiff Notes.

Essentially, the idea is that some human things (like marriage or parenting) are imperfect reflections of the “true and better” thing, which is Christ and the gospel. If you’ve ever read a Christian marriage book that draws lessons for the husband and wife relationship from the image of Christ and the church as ‘his bride’, this is the formula.

In this formula, the gospel (our salvation) becomes the “true and better” adoption. While human adoption is flawed, this perspective claims it’s value is in how it reflects the gospel of Christ. Therefore, choosing to adopt becomes a very Christ-like thing to do. This perspective also makes people very resistant to criticisms of adoption.

Oh and one more thing; Christians often state that “we are all spiritual adoptees.” Usually this is an attempt to relate to an adoptee, to validate or normalize their experience, but often the result is adoptee perspectives are universalized into being a non-issue, and our voices are silenced.

Originally, Paul used the adoption metaphor to tell us something about God. Turning it around, as if the metaphor tells us about ourselves or mandates modern adoption, doesn’t make sense.

Christians do not feel called to vacate charges against the condemned because of Paul’s use of justification as a metaphor, right? So let’s look at how our concept of adoption today leads us to misunderstand Paul’s metaphor.

Adoption should be for children, not wealthy men.

Most people believe they have a child’s needs in mind when they set out to adopt. But remember, the spiritual adoption metaphor centers the desires and actions of God as our adoptive Father. Attempting to make that metaphor apply to adoption today will tempt us to move from a child-centered approach to a parent-centered one.

And in fact, prioritizing the desires and actions of adoptive parents is exactly what the adoption industry has done. This has caused a huge amount of corruption in modern adoption for over a century.

Centered around the desires of adoptive parents, adoption becomes the response to infertility or someone’s felt calling to help children in foreign countries or “unwanted” babies. This creates a demand that outweighs supply and children are procured in horrific ways. Opportunists will kidnap and sometimes sell children for adoption. We know predatory agencies coerce and trick vulnerable mothers into electing to adopt.

Focusing on adoptive parent’s desires blinds us to how the adoption industry works in opposition to family preservation.

While this was not part of my story, it is for many adoptees. We cannot ignore or dismiss their stories as isolated or non-representative cases. Adoptees often ask “How could God have desired for my family to be ripped apart by lies and deceit so that I could be adopted?” or “Why did God allow this to happen in order to answer your prayer for a child?”. The knowledge that it did not, in fact, have to be this way is a cruel burden that cannot be dismissed by the assertion that it was God’s will.

Claiming adoptive parent’s actions are Christ-like may not be wrong, but many adoptees and even non-adoptees hear this and assume the child is obligated to be grateful for their adoptive family no matter what.

I realized my adoption was centered around my adoptive family’s good deeds when I started speaking up about racism. I had relatives (not my immediate family) tell me that I was being ungrateful to them for challenging their racist ideas.

They attempted to shame me into silence by claiming they had “loved me like family”. It’s clear they saw my adoption as being about them, a validation of their righteousness. The implication was that I did not deserve their love, which I’ll talk more about in a second.

Expecting an adoptee to respond to their adoption like Christians respond to salvation is cruel. It makes it hard for adoptees to acknowledge or talk about any loss or grief they might feel. Reverend Keith C. Griffith said, “Adoption Loss is the only trauma in the world where the victims are expected by the whole of society to be grateful.”

Imposing spiritual adoption, where God knew us and chose us though we did not deserve it, onto modern adoption leads us to a wrong view of vulnerable children. We now know trauma is inherent in adoption, even for a newborn. Adoptees frequently struggle with rejection or abandonment and adoption trauma can manifest at any point in our lives.

Talking about adoption in a way that implies adoptees are like the undeserving and wicked sinner is spiritually abusive.

While it is true we do not deserve salvation, we should never state that a child “did nothing to deserve adoption”. Yet I have heard and read this multiple times, even from adult adoptees themselves who have internalized this message.

I could not see the trauma of my adoption until I was pregnant with my first child. Suddenly, I remembered a story my adoptive mom liked to tell about my infant days. I kept pushing her away, she recalls, so she prayed over me and rebuked a spirit and I finally relaxed and let her hold me. This story always made me feel ashamed but I was too young to articulate that. I responded as expected, showing gratitude for my mother’s overcoming love. When I finally understood my adoption trauma I realized my mother’s story is the spiritualized version of a stressed infant, struggling to adapt without my familiar mother and refusing to bond with a stranger.

I no longer feel ashamed by that story. However, it hurts to know that, as a child, I was allowed to get the impression that something was wrong with me. Really, I was normal. I was behaving like any healthy infant would. It was my situation, my separation, that was wrong.

Spiritualizing adoption attempts to make a triumph out of a trauma. Triumph demands praise, but tragedy and trauma require lament in order to heal. I did not begin lamenting my adoption until my 30’s.

Adoption today emphasizes the new family and minimizes, even demonizes, the first family.

Conflating spiritual adoption with modern adoption blurs the lines between God’s family and adoptive families. While we often stop short of equating being under the old authority of sin to the child’s first family, children are good at filling in the blanks. At least I was.

Without being told, I put my first father and the Chinese ethnicity I inherited form him into the place that sin and wickedness occupy in the spiritual adoption metaphor. My child brain took this comparison to places my parents did not intend. They would’ve corrected me if I’d asked, but I didn’t. Instead of questioning, I simply internalized.

I sensed that I should never look back to my first father or Chinese heritage. God had given me a new life through adoption, both spiritually and here on earth, so I should never turn back.

As a transracial adoptee already struggling with internalized racism, this mix up was spiritual proof that Chinese people and culture was inferior and suspect.

A current biblical counseling site still tells adoptive parents to minimize the importance of their child’s heritage. Without the adoptee perspective to shed light on why this is damaging, many Christian adoptive parents don’t think twice about that!

I do not see my adoption as a picture of the gospel.

To me, my adoption does not look like the adoption Paul was using as a metaphor for salvation. Making my adoption about the gospel left me unable to see how adoption had truly impacted me. I had pain I did not acknowledge and therefore could not bring to God.

When I began to process this, I realized I had to deconstruct my faith. I had to cut out the lies and correct the half truths. At times I felt like I was losing my faith. I can see why so many adoptees raised in the church grow up and never come back. I don’t believe any Christian adoptive parent would knowingly risk this.

Family, we need to start sitting in the uncomfortable truths of adoptee stories.

How can we approach modern adoption faithfully?

This is definitely a topic I’ll cover more, but I want to leave you with a few thoughts right now.

When I think of spirit led actions to help children in need, I think of passages like James 1:27, “Pure and genuine religion in the sight of God the Father means caring for orphans and widows in their distress and refusing to let the world corrupt you.”

I see the doctrine of adoption as a beautiful picture of what God has done for us, but not as a mandate for how we must show God’s love to others. Surely opening our homes and families to children in need is a Christlike thing to do, but there are many ways to do that. Ethical modern adoption is merely one of many options. I would argue adoption should be the last resort, but I’ll save that for another post.

This isn’t the definitive word on adoption in the Bible. Just my thoughts. And I haven’t even mentioned adoption-like stories from the Old Testament (Moses, Esther, Ruth, etc)? I will write about those in the future so please follow my blog and join my reader list.