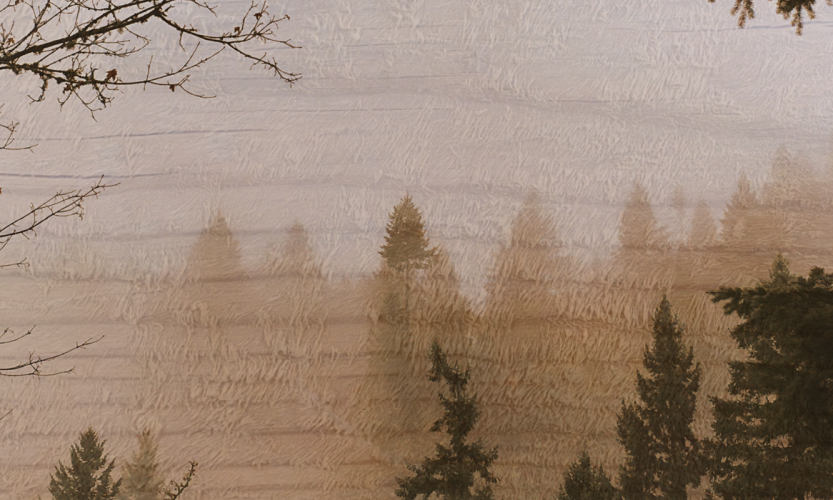 In Part 3, I introduced you to the feedback loop of internalized racism. Thinking about it this way helps me understand a bit better why internalizing racism is more than my individual self-hate (see Part 1 & Part 2) but can actually contribute to systemic racism.

You might ask, as I have:
“So, why don’t BIPOC just recognize that racist narratives are lies and stop internalizing racism?”

Shouldn’t ending internalized racism be that simple? Just stop the cycle by…crushing it with our mind-vice (30 Rock reference. Anyone?). In other words, shouldn’t I just stop being stupid enough to fall for this racist narrative crap?

And… that’s kind of blaming of the victim, isn’t it? I felt part 4 was necessary to explain why it’s not always that easy. I also need to have some grace with myself as I unpack my internalized racism. There were reasons I didn’t recognize racist narratives for what they were.

What keeps the loop circling?

Above is the same feedback loop from part 3, but with two things added. First, there is the Impact of Colonization on the outside, acting as a force that keeps the wheel spinning. Second, there is an inner mini loop of “rewards”, acting as a force within. It keeps the momentum of internalized racism going as well. Let’s talk about those two things.

“Colonization” is maybe the wrong term, but I’m using it to refer to the white European legacy of severing ethnic minorities from their heritage and history. With Africans, it was stealing them from their country and stripping them of their cultures and ethnic distinctions. With Indigenous peoples, it was genocide on top of taking their land and forcing the survivors to assimilate.

With me, it is quite different, because it was an unwanted pregnancy and an adoption that severed me from my ethnic heritage and history. However, modern adoption practices (e.g. the tendency to assume that being adopted by white parents means a better life) have definitely been a tool of colonization and white supremacy.

Let’s look at how this keeps the feedback loop spinning.

It’s hard to know and affirm the goodness in our ethnic distinctions when we’ve lost connection to our roots. When we do not have a healthy grasp on the goodness of our ethnic identities, it is harder to recognize and fight racist narratives when we encounter them. We will hear the lies and not know for certain they are lies.

Using my Chinese restaurant example from Part 3, I didn’t know the glory and variety of Chinese food culture. I hadn’t grown up watching my Chinese family use fresh ingredients, lovingly prepared, and turn them into our favorite dishes for family holidays. So, when I consistently encountered racist rumors of dog or cat meat in Chinese food, I didn’t have this robust positive context with which to refute and reject the racist narrative. I just had lies stuck on repeat that seemed to make more and more sense in the absence of truth.

A whitewashed history erases the sins of white European colonizers and focuses on events from a perspective that glorifies them. When BIPOC are deprived of understanding history from the perspective of our racial/ethnic group, we struggle to recognize the common racist narratives used against us.

For example, I did not know that racist depictions of Chinese immigrants included cartoons of them eating rats. I wasn’t taught about the exclusion act. Now that I am learning this other side of American history, it is much easier to see anti-Chinese racist narratives for what they are.

The most recent example is the scapegoating of Chinese people for COVID-19. I see now that this racist narrative is also over 140 years old and it also has staying power in the minds of Americans. In fact, I knew the moment I heard about coronavirus, that anti-Asian hate was going to get more aggressive and more visible again.

Now, about that reward mini loop. In the graphic it says this:

“Dominant white culture may reward BIPOC by granting access to some privileges, reinforcing their internalized racism.”

These examples aren’t that hypothetical, are they? Living in a world that has been shaped by racist policies and narratives, BIPOC are constantly pushed to meet racist expectations. People want to see us a certain way. Going along with that can feel easier in that we avoid the friction and confrontation required to go against it. Getting applause and praise feels good. It can even feel like love.

However, when BIPOC internalize racist narratives, it does deep harm to ourselves and others. It leads to self-hate and self-sabotage and turns us into an actor in the oppression of others. These ‘rewards’ merely mask the harm being done, like a pleasant side-effect masks the symptoms of a lethal drug. So you keep taking it because you don’t realize it’s killing you.

In seeing internalized racism in myself, I have felt the need to be aggressive at times. It is important to own up to the truth of how I have upheld racist narratives and excavate my mind, heart and history for the root my racist beliefs. Yet I’ve also felt the need to extend grace to myself as one who has been harmed by racist narratives and policies that I did not create, and is recovering from self-hate and shame.

Truth and grace are both required.

This is why I am so critical of white Christianity and white culture. I feel I have to right my wrongs by speaking against the beliefs I formerly held. While it might not be the best way for me to atone, it helps me heal. I have gone through much of my life experiencing racism that I was unable to name and process. Now that I am learning the words and tools to do that, sharing that feels like freedom.